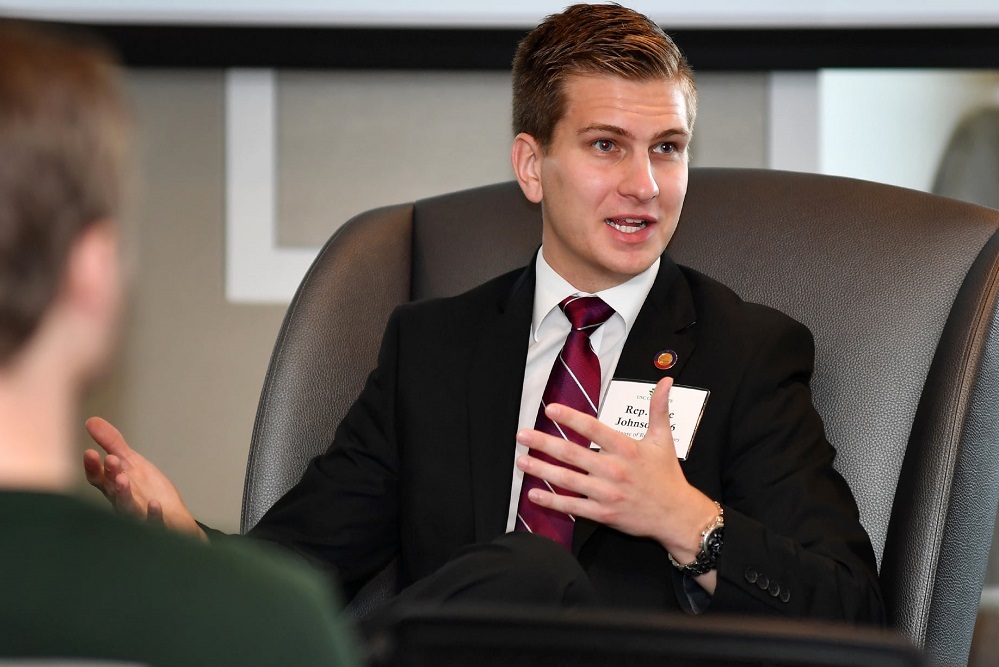 Republican Rep. Jake Johnson highlighted his appearance at a North Carolina Faith and Freedom Coalition event in a Facebook post on Jan. 28. In the post, he praised former Carolina Panthers running back Jonathan Stewart, who spoke about lessons he learned in his football career and how to apply those lessons in leading a Christian lifestyle.

“I am a little late on the post, but recently I had the honor and privilege of joining former Panther running back Jonathan Stewart in supporting The NC Faith and Freedom Coalition,” Johnson wrote. “Jonathan did a great job highlighting the lessons he learned during his career and how they apply to leading a Christian life. Thanks to The NC Faith and Freedom Coalition for the great work they do.”

Johnson was appointed on Aug. 2, 2019, to represent District 113, which includes the communities of Henderson, Polk and Transylvania. He is a member of the education – K-12; finance, regulatory reform; wildlife resources; and homeland security, military and veterans affairs committees.

Want to get notified whenever we write about North Carolina House of Representatives ?

Sign-up Next time we write about North Carolina House of Representatives, we'll email you a link to the story. You may edit your settings or unsubscribe at any time.